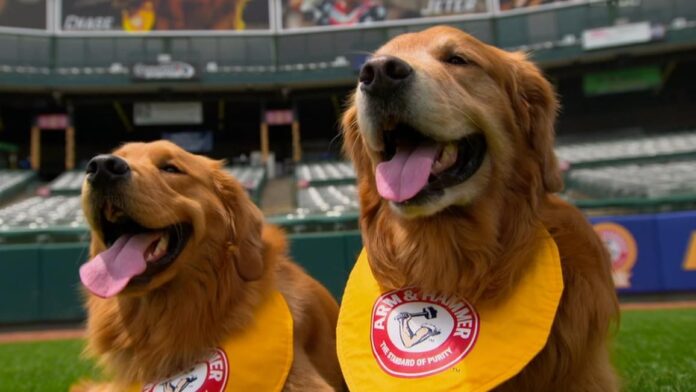 Attending baseball games as a kid can harbor some of your greatest moments with your family. It’s an event the entire family can enjoy one way or another. There’s great food, an electric crowd, game-changing plays, and if you’re lucky enough to be a fan of the Trenton Thunder, you get to see the famous bat dogs. What is a bat dog you may wonder? A bat dog collects the bat after the player hits the ball, drops the bat, and runs to first base. In most cases, baseball teams employ teenagers to do this job, but this isn’t the case for the Minor League team in Trenton, New Jersey.

In 2002, Chase, an energetic golden retriever landed the job any dog would be dream of: the bat dog for the Trenton Thunder. Chase was an immediate hit and the fans adored him. Chase’s career was so successful that the job became a family tradition as Chase’s son, Derby, would take over his position once he was ready to retire. Check out this special story created by E:60 on the life and legacy of the family of bat dogs.

Since this story has been released, Rookie was the third in the family lineage to take on the job as bat dog. In of February 2020, the Thunder announced the next bat dog in line is Dash. He is in training to take over his father’s position for the up-coming baseball season. We wish Rookie a happy retirement and good luck to Dash. We can’t wait to see the family tradition live on.