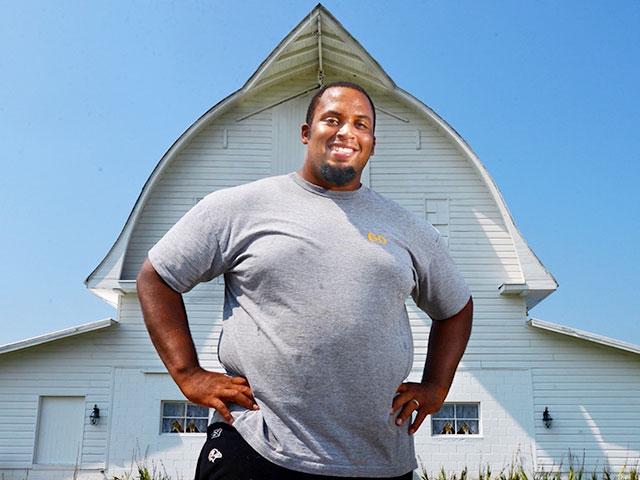 Back in 2007 I hosted Hot Sauce With Bart Scott on what was then simply, 105.7 FM. One of Bart’s guests that season was Ravens offensive lineman Jason Brown. Brown was the team’s 4th-round pick (124th overall) in the 2005 NFL Draft. At the time he was developing into a force along the team’s interior front.

Jason struck me as an intellect – a player who had depth and substance and seemed to have his sights set on broader things in the world. His vision wasn’t simply locked in to the gridiron. You got the sense that Brown viewed football as a launching pad for his family’s future.

Following the 2008 season, Jason left the Ravens and signed what was then the biggest free agent deal for an NFL center. His contract with the Rams was for 5 years, $37.5 million, $20M of which was guaranteed. You just knew that with Jason’s worldly wherewithal, he’d be set for life.

Brown only played 3 seasons in St. Louis before the Rams released him following the 2011 season. Jason entertained a team-friendly one-year offer from the Ravens and had some discussion with the 49ers and Panthers but ultimately he opted to retire from football at the age of 29, despite a few playing years left in his 6’3”, 320 pound frame.

Guided by faith and an insatiable desire to give back, Brown took on a new challenge. He traded in his spikes for a tractor. Here’s his amazing story as presented by the Today Show.