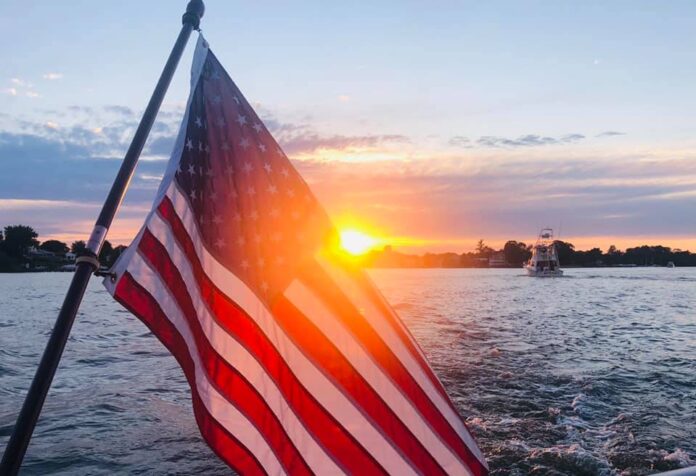 Today while walking through the thick, humid air, Justice and Independence 85 came up on an older play list I hadn’t used in a while. How appropriate given that today is July 4th, Independence Day. For those unfamiliar with the song, it comes from John Mellencamp’s outstanding 1985 release, Scarecrow.

As the story goes, metaphorical terms are used to describe a divided family and nation.

Oh, Oh
When a Nation cries
His tears fall down like missiles from the skies
Justice look into Independence’s eyes
Can you make everything alright?
And can you keep your old Nation warm tonight?

Well, Nation grew up and got himself a big reputation
Couldn’t keep the boy at home, no no
He just kept running ’round and around and around and around
Independence and Justice well they felt so ashamed
When the Nation fell down they argued who was to blame
And Nation if you’ll just come home we’ll have this family again

The best songs always seem to include double entendres. I would be guessing if I knew Mellencamp’s exact, intended message. But the beauty of music is that many times, the only meaning that is important is yours.

The music in the song is very upbeat (you can listen below) and ends with a party atmosphere which leads the listener to believe that the family put aside their differences and got back together for the benefit of everyone. I imagined friends, families, acquaintances, even strangers, dancing together as the song draws to a strong close.

But that visual aside, what I found interesting is that these 35 year old lyrics could have easily been written today. For today, July 4, 2020, we celebrate our independence, yet our nation is divided by injustice, some real, some perceived.

As I walked up that final hill to conclude today’s jaunt, I wondered if our nation in its current state, can put aside its differences for the greater good, just like Independence, Justice and Nation did back in 1985. I think we can. How about you?

Here’s to our country.

Here’s to our future, together.