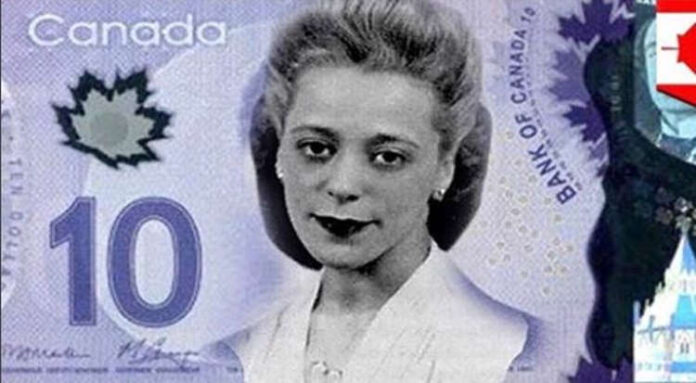 10 of the Most Inspiring Canadians

When the world is filled with uncertainty and life is tough, we can look to the stories of inspirational people to carry us through. Here are 10 of the most influential Canadians and their inspiring stories. Each name has earned its place for incredible reasons.</p>

Viola Desmond is recognizable as the first woman to appear on Canadian currency. Desmond’s influential image was born on November 8, 1946, – the day when she refused to give up her seat in the lower bowl of New Glasgow’s Roseland Theatre. Desmond was informed that the seats were only for white people.

Sadly, Viola was removed by force for her brave act and was later jailed and fined. Although the brave Viola fought the charges, she would not be pardoned until 2010. Unfortunately, Viola had been dead for 45 years. Her story is one worth remembering next to other inspirational black women like Rosa Parks.

Born in 1958, Terry Fox is a Winnipeg native whose rise to prominence began in 1977 when he was forced to have his right leg amputated during a battle with bone cancer. As a former high school athlete, Fox was determined to not let his disability prevent him from achieving great things. Having learned of Dick Traum as the first amputee to finish the New York City Marathon, Fox had an idea.

In 1979, Fox ran in a 17-mile road race and then appealed to the Canadian Cancer Society to support his plan to run the Marathon of Hope across the country. He suffered shin splints, inflammation, cysts, and a stress fracture in his left leg. Even tiredness could not stop him – only cancer could. Sadly, Terry was halted outside of Thunder Bay by chest pain that turned out to be cancer. He later died on June 28, 1981, having raised more than $650 million for cancer research.

Canada is one of the most happening places for tourists, and Wayne Gretzky’s statue is among the most visited attractions in Alberta, along with Century Mile Racetrack and Casino, Fort Edmonton Park, Heritage Park, and Lake Minnewanka. In the past, those who played in the most visited casinos in Canada should have also made time to see the Edmonton Oilers between 1979 and 1988, when Wayne Gretzky stilled played for the team.

The iconic center is the greatest player in the history of the NHL and is beloved in Edmonton for leading the oilers to five Stanley Cups in seven seasons. Gretzky has also made an impression off the ice, having served as the executive director of the Canadian men’s national ice hockey team when a gold medal was on during the 2002 Winter Olympics.

Hailing from Montréal, Jeff is a Canadian billionaire philanthropist who is famous for being the first employee of eBay. Pierre Omidyar, founder of eBay, hired Jeff to be the first president of the company. Jeff filled the role from 1996 to 1998, when he had to step away from the company due to suffering from back problems. As the second-largest stockholder at the time, Skoll is reported to have cashed out approximately $2 billion.

Since 1999, he has provided the charitable Skoll Foundation with approximately $1 billion worth of eBay stock. As of 2020, the inspirational Canadian continued to provide the foundation with more than $80 million a year. His efforts have been recognized with a Giving Pledge signatory and the Carnegie Medal of Philanthropy.

As a Kingston, Ontario, native, Gord Downie was born in February 1964 and grew up to front Canadian rock band The Tragically Hip. After selling millions of records, he collaborated to establish the Gord Downie and Chanie Wenjack Fund to reconcile indigenous and non-indigenous peoples in Canada.

The fund was launched in October 2016, coming a few months after the May announcement that he had contracted a terminal brain tumor. Downie’s charitable work will serve as an enduring legacy following his death in October 2017.

Donovan Bailey was born in 1967 and later emigrated from Jamaica before settling in Canada at 12 years old. Bailey played basketball during his teens and later clocked an astonishing 10.65 seconds in the 100m when he has just 16. After failing to make it in basketball, Bailey worked in marketing for a clothing company in 1987.

After watching the 1990 Canadian Track and Field Championships, he was inspired to return to athletics. Working as a stockbroker, he attended athletics meetings and eventually made a breakthrough in 1995, when he broke the 10-second barrier in the 100m. Bailey’s efforts then came to fruition at Atlanta ’96 when he won gold in the 100m and 4x100m relay.

The next of the good stories on this list comes from Sir Frederick Grant Banting, who was born in 1891 in Newfoundland. After failing college and serving in the army, he was awarded the Military Cross in 1919 and returned to Canada to undertake surgical training.

Banting later read an article on the pancreas and embarked on research with J. J. R. Macleod to develop a process to isolate and produce insulin to regulate the metabolism of sugar. His research saw him crowned as the youngest winner of the Novel Prize in Physiology or Medicine in 1923. He insisted on sharing his prize with medical Student Charles Best, who helped in the process.

Staying in the medical field, Tommy Douglas was voted as the Greatest Canadian on CBC in 2010. The reason is Douglas’ role in bringing socialized medicine and healthcare to Canada. Despite being born in Scotland in 1904, Douglas would go onto become a great Canadian after immigrating to Winnipeg at the age of 15. He was prominent in politics and served in the Canadian parliament during three stints.

Clara Hughes is an inspiration for athletic efforts. Incredibly, she is the only athlete to ever win multiple medals in the Summer and Winter Olympics. Hughes is best-known for her speed skating ability, which helped her win the 5,000m event at the 2006 Winter Olympics in Turin. A decade earlier, meanwhile, she won two bronze medals in cycling events at the Summer Olympics in Atlanta ‘96. She has since spoken out in support of mental health issues, having suffered from depression.

After serving in the navy, Garneau joined the Canadian space program in 1983. Just a year later, Garneau made history by becoming the first Canadian in space while serving among the crew of US Shuttle Mission 41-G. Not content with a single visit, Garneau went back to space twice more. Garneau still lives an influential life and currently serves as Canada’s Minister of Foreign Affairs at the time of writing.