The First Step Towards Mental Health 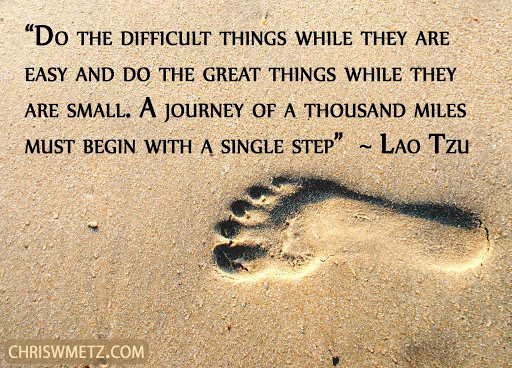 Today as a society, we are faced with unique challenges and consequently, mental health in our vast community is in decline. The first part in correcting this undesirable descent, is recognizing and then admitting the problem. And sometimes that takes uncommon courage.

Ryan Blake is one of our contributors at Eutaw Street Report. He’s a gifted and thoughtful journalist, and baseball analyst, who possesses the requisite skills to be a talent evaluator around the horn for years to come. Yet standing in the way of his success is this thing, this invisible obstacle that must be addressed.

Today, Ryan takes his first steps towards recovery, towards achieving mental health. His self-awareness and courage are inspiring. This is Ryan’s story. ~ Tony Lombardi

For much of my adult life, I’ve considered myself incredibly lucky that I haven’t had to deal with any real mental health issues. I guess I never fully understood what depression or anxiety really were. I always thought depression and sadness were synonymous. I’m not a sad person. I’m the opposite, really. Anxiety is a word I always equated with fear. I’m not generally a fearful person. So, I never considered that I could fall under either of those categories.

I didn’t really know where I wanted to go with this. I wasn’t even sure if I was going to post it anywhere. But I wanted to write something because I haven’t been able to write anything recently and I’m getting to the point where I just want to finish something I start. And in light of Skip Bayless’ recent comments on depression and Dak Prescott, I wanted to try putting some thoughts to paper.

It’s been a year now since I quit my job and moved across the country to pursue a career as a baseball scout. A year ago today, in fact, is when I pulled out of my Catonsville, Maryland driveway and began a cross-country drive to Phoenix, Arizona. I had no scouting experience. I had no connections. I had hardly enough money. I didn’t even have a real plan. But I had a dream I wanted to follow. So, I packed up my belongings and left the town I’d lived in my whole life. 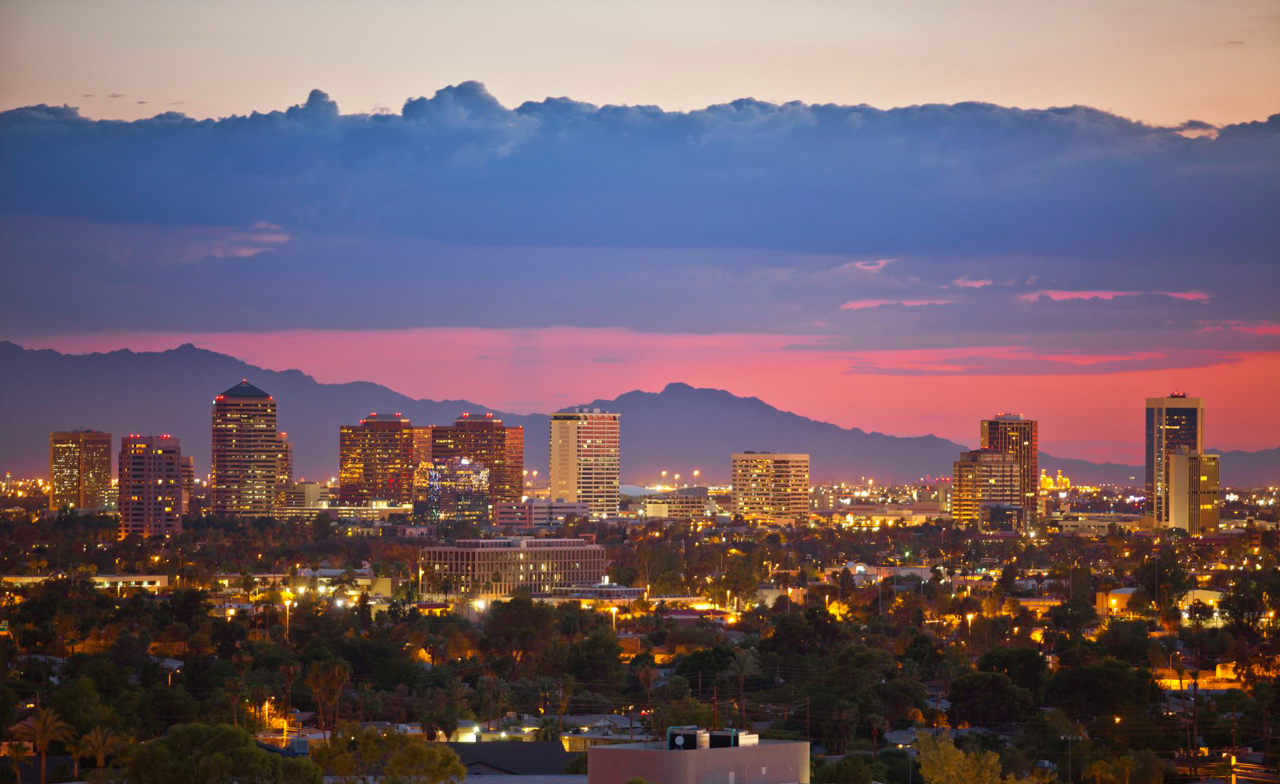 I felt comfortable almost immediately. I found a Ravens bar in Scottsdale that made me feel welcome every Sunday. I attended Arizona Fall League games just about every day, taking notes on players and trying to convert those notes into scouting reports. I hopped on a dating app and found a couple girls to keep me company in my free time since I was finally living on my own. I was keeping myself busy and I was happy with my new life.

Still, there was something missing. Something had been missing for quite some time. I’ve dropped out of college three different times in the past seven years, not because I don’t value education or want a degree. I do. But I didn’t have the motivation to put in the work required to get there. I didn’t have the motivation. That’s going to be a common theme in this article, or this rambling, or this whatever it is.

In Arizona, I would get back to my AirBNB after a game and do absolutely nothing with the notes I had taken. It reminded me of the days I would drive to my local community college and sit in my car for an hour and a half instead of walking inside the building to attend class. For no good reason at all.

It was a pattern of behavior that had started in high school and gradually worsened the longer I kept things bottled up. I didn’t put maximum effort into anything. At home, I had to be pushed to do minor things. The irresponsibility was piling up due to my lack of motivation. Inside and at home, I was a shell of who I wanted to be. But I put on a damn good show for everyone else.

I made plans to attend the Baseball Winter Meetings in San Diego in December. I was excited for the opportunity to meet with teams and try to learn whatever I could. But I didn’t apply to jobs because I felt under-qualified. I didn’t even give myself a shot. Instead, I went through every single team’s front office directory and emailed everybody who had some variation of “scouting” in their title. I sent out over 300 emails, got about 60 responses. Many told me they wouldn’t be at the meetings but wished me luck. Others said they would forward my message to someone I had already emailed. Some were more promising. The result was that I got to meet with representatives from nine different Major League Baseball front offices.

These chats in San Diego went great. I had a blast at the Winter Meetings. But I didn’t follow up with a single person afterward. I didn’t send any of them scouting reports that I had written, mainly because I had only really finished two of them. I had about 50 that were incomplete.

Fast forward to February. I’m working at a sports bar in Scottsdale. I had moved to Arizona to get out of the restaurant industry and there I was, right back in it. In March, I was supposed to temporarily head back home and embark on a three-month coaching tour around the country. While on that tour, I planned to spend as much free time as I had at amateur games, networking my ass off and seeing players I would otherwise not have the chance to see in person. I was also scheduled to begin writing for Prospects Live.

I was pumped for the opportunity and almost finished my debut article when it was announced that Spring Training was put on hold due to the coronavirus. That same day, all college and high school sports were cancelled until further notice.

I had been staying on a friend’s couch for a couple months. Business at the restaurant was about to severely decline. With no baseball, I had nothing keeping me in Arizona. So, I left. I threw everything I had back into my car and drove across the country in two days, stopping only for a quick nap in a parking lot in Albuquerque and then a full night’s sleep and home cooked meal with a relative in St. Louis.

I feel like I haven’t done sh*t since I got home. I’ve written one article to completion. I’ve started probably 40 others. Whenever I sit in front of my laptop to write, my mind completely blanks. I’m back at my parents’ house. I spend most of my time aimlessly scrolling on my phone while I have laundry I should be doing or a lawn that should be cut. I’m in the midst of a baseball card sorting project that I started about 10 years ago and still haven’t finished. I have a stack of books I want to read but have yet to touch. Sometimes I take a break and think about all the things I could be doing instead of wasting my time.

And then I go right back to wasting more of my time.

I have no passion for the things I’m passionate about, and that’s f***ing terrifying.

The scariest part, for me, is that I want nothing more than to figure this out. I absolutely love the feeling of having an article published, or reading the final page of a book, or even just having a clean bedroom. But I can’t find the motivation to do even the smallest things. I’m so overwhelmed with things I want to accomplish that I can’t even begin to chip away at that list.

I’m going to stop writing now. I feel like I’ve said a lot already. If I keep going, I’m not sure I’d know where to stop. There’s so much more I could say, so many more examples I could give. So many little things that have added up, to the point where I feel helpless.

I’ve been lying to myself. I’ve been telling myself that I can do this. But I can’t. Not without help. This is me admitting that I need help. It’s okay for you to admit it, too. 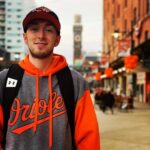 Ryan joined the Eutaw Street Report crew for the site’s launch in 2013 having spent the 2012 season as a member of the Orioles’ tarp crew. Before then, he had never really considered writing, but has grown to enjoy sharing his opinions and is now ESR’s “Hot Take” artist. In addition to his Orioles commentary for ESR, he contributes to baseballfam.com. He is also the man behind the @OriolesFanProbz account on Twitter, where he provides both insight and jokes while interacting with fans. Ryan started working in 2016 as a bat boy with the Bowie Baysox. You can follow his personal twitter: @ryguyblake

Previous articleTell Someone “I Love You!”
Next articleBowleys Quarters Cares