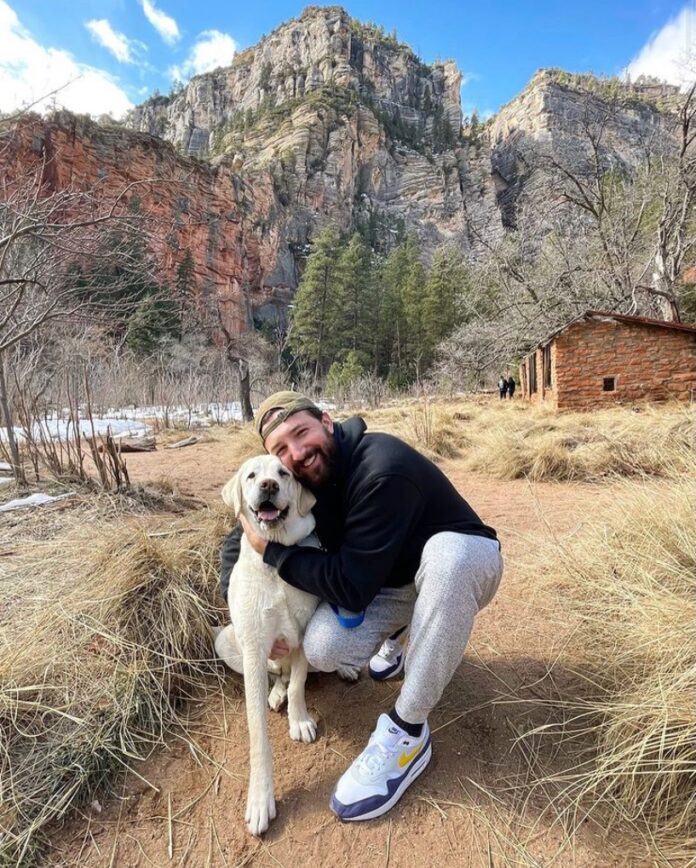 A dog’s life is short. They come into our lives and give us endless love, companionship, and memories that will last a lifetime. While in our presence, they teach us pure kindness, selflessness, and how to love unconditionally. Perhaps a dog’s only flaw, is their short lifespan. If you’ve ever had to say goodbye to a dog, you know how overwhelming and emotional it can be.

After Dawson and Kelly Gurley’s lab, Chief, had been battling cancer for some time, they knew it was time to say goodbye. The vet said Chief was in pain and the Gurley’s decided putting him down was the best thing to do. Before they put Chief down, they wanted to give him one last adventure.

The Gurley’s have a strong following on social media and their BigDawsVlog has over 1 million subscribers on Youtube. They were able to use their platform to touch the hearts of many who know exactly what it feels like to lose your best friend. Chief’s last adventure was filled with mouth-watering food, a long hike, meeting new friends, and tug of war with his siblings. It was the perfect day, just what Chief deserved. At the end of the video, Chief walks over to Dawson and showers him with kisses and love. It seems as though he knew what was coming, so he reassured his parents that he loves them and everything is going to be okay. Our hearts are with the Gurley’s.

Pets
Check out this amazing story of a dog who came into this woman's life and forever changed it. Dogs have a way of bringing...
Read more
Pets

Dogs are truly amazing creatures. I would've never imagined you could strap a pair of homemade ice skates on a dog and have him...
Read more
Pets

Rags To Riches: How This Stray Dog Landed His Dream Job

After hanging around a Hyundai dealership in Brazil, this stray dog received the opportunity of a lifetime. The staff at the dealership decided to...
Read more
Pets

For many military members, it's not always easy owning a dog, especially if they live alone. Finding proper care for their dog while actively...
Read more
Pets

For Bryan Myers, adopting a dog from the Ramapo-Bergen Animal Shelter in New Jersey ended up being a life-changing decision. Myers rescued a six-year-old...
Read more
Pets

How to Help the Pets in Texas

The unexpected winter storm in Texas wreaked havoc on the state due to the lack proper infrastructures to account for the extreme weather. As...
Read more