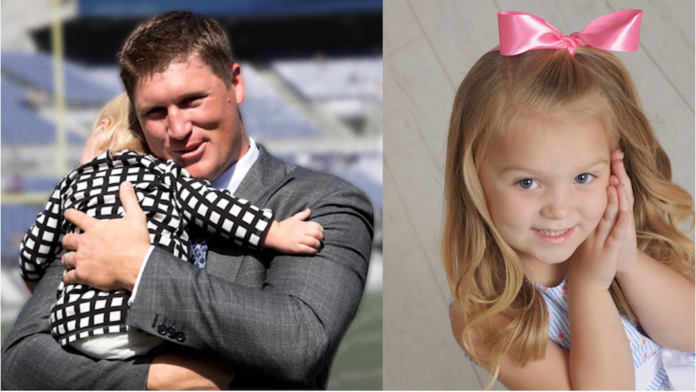 My wife Ruthie’s birthday falls on May 3rd. She shares that birthday with Todd Heap’s daughter Holly. Yesterday I was reminded of the tragic story of Holly Heap, thanks to Facebook memories.

Facebook is often criticized for its censorship, the algorithms that filter content in an unusual way and for politics that can get a rise out of some in unsavory ways. But for me, the platform wins because it does help to keep one connected to friends far and wide and because of its “memories”, which serve as reminders of important things that happened on a particular day.

Yesterday I received such a reminder about Holly Heap.

Back in 2017, the news of Holly’s passing was in the forefront of our collective mind as we celebrated Ruthie. Holly would have turned four back then, if not for a tragic accident on April 15, 2017 that rocked the Heaps. Today, Holly would be eight. For those unaware of the accident, Todd Heap, then 37, accidentally hit her while moving his truck in the driveway of their home in Mesa, Arizona.

As a father, I can’t even begin to understand the pain that is Todd’s reality. I can only imagine how surreal each morning still is for him, awakening to a new day, and then the cold reminder of Holly’s loss that undoubtedly bites like the most bitter winter winds.

The depths of despair cannot be understood until you stand in the shoes of Todd Heap.

But the Ravens Ring of Honor inductee is an uncommon man, grounded by strong religious convictions, strengthened by an unwavering faith. Instead of being cut at the knees by this blindsided horror, the Heaps choose to keep Holly’s memory alive – to help give her loss a purpose. One way is to wear pink in honor of the precious little girl.

Back in 2017, we gathered to celebrate Ruthie, we all wore pink and we toasted the Heaps and remembered beautiful Holly, while capturing our moments with pictures, accompanied by #HugsFromHollyDay.

We weren’t alone, at least not back then.

“HollyDay” was everywhere as evidenced by social media. The worldwide effort must have delivered solace to the Heap Family, at least temporarily. We can only hope.

The pink clothing and hashtags are nice. But the most meaningful part of the request from the Heaps to celebrate HollyDay, was rooted in kindness. Share hugs. Spread love. Smile more. Compliment somebody. Give. 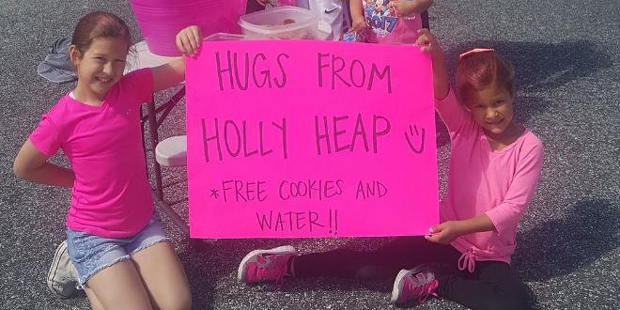 But because of the fast-paced world within which we live and the endless number of distractions that we sometimes place too much importance upon, we can and do forget. Time moves on and important lessons are sometimes left behind because we worry about things like fighting rush hour traffic or the lengthy line at the coffee shop triggered by the struggling new barista. Maybe you think your day was ruined by something as devastating as a failed Wi-Fi connection.

Tragedies like that of Holly Heap have a way of bringing us together. It’s staying together that challenges us as a community. But it doesn’t have to be that way.

HollyDay has come and gone again. The message is worthy yet we forget nonetheless. Reminders help. Let’s remind each other.

Take a moment to watch this video from ESPN, featuring my favorite personality at the Worldwide Leader, Scott Van Pelt. And by all means, pay attention to the reach of #HugsFromHollyDay.

If you forgot about HollyDay, it’s ok. Wear pink today or tomorrow. Take a moment to think about Holly. Hug someone for no reason. We can do this.

I hope you have an awesome day, and thanks for listening.