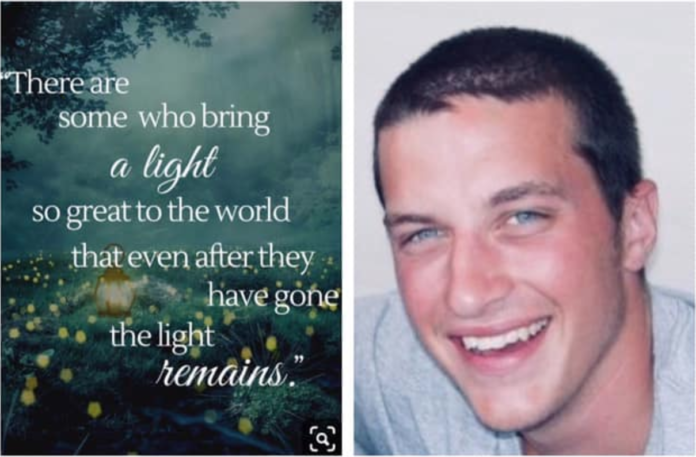 Death comes in all shapes and sizes and regardless of the circumstances, it’s never easy for the survivors of lost, loved ones.

Grieving has no assembly instructions. Everyone has to find his or her own way to a peaceful place and the path is as unique as one’s DNA. The somber journey belongs to you and it meanders down a trail that only you understand. The terrain is particularly challenging when one suffers through the most daunting of losses – that of a child.

Back on November 23, 2010, Ravens Nation lost one of its biggest fans – a kind and lovingly soul in the form of Patrick Dolan. Patrick was robbed and stabbed, and then left to die on the streets of Baltimore. As you might expect, the loss was devastating to Patrick’s family and they’ve never had the benefit of closure. The killer remains at large, nearly 10 years later.

Patrick loved the Ravens and to honor him following his passing, the Ravens dedicated a game and game ball to Patrick. His devotion was not lost upon them.

As you might expect, Patrick’s loss left a scar upon The Dolan Family. They struggled with their faith. Why would God allow this to happen?

To help them manage their sorrow, Patrick’s Mom, Dee, discovered The Compassionate Friends Grief Support Group where the Dolans met a couple who helped them by sharing things they could do to honor Patrick.

Ever since Patrick was a young boy, he loved the ocean. As a youngster, he would collect seashells found along the beach and bring them home to Baltimore. While reflecting upon those days during the summer of 2013, Dee got the idea to have her family write messages to Patrick upon these same shells that they had collected over the years. Dee shared with her other children that while Patrick could not be with them physically, they could keep him close to their hearts during vacations in Ocean City, MD. 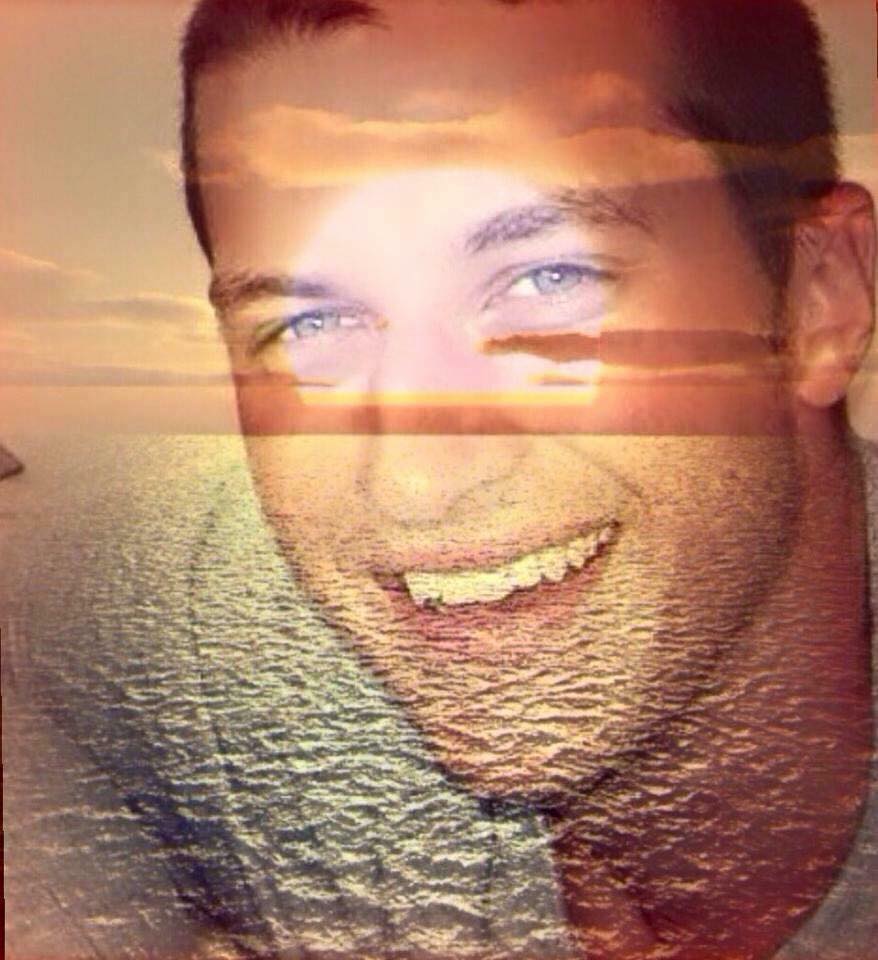 The Dolan Family has been making the shells for Patrick since that summer and during each trip to the Maryland seashore, they take a little time to place their shells with messages along the surf and observe as the waves gradually wash them out to sea. It’s a touching way to remember the times spent there with Patrick. 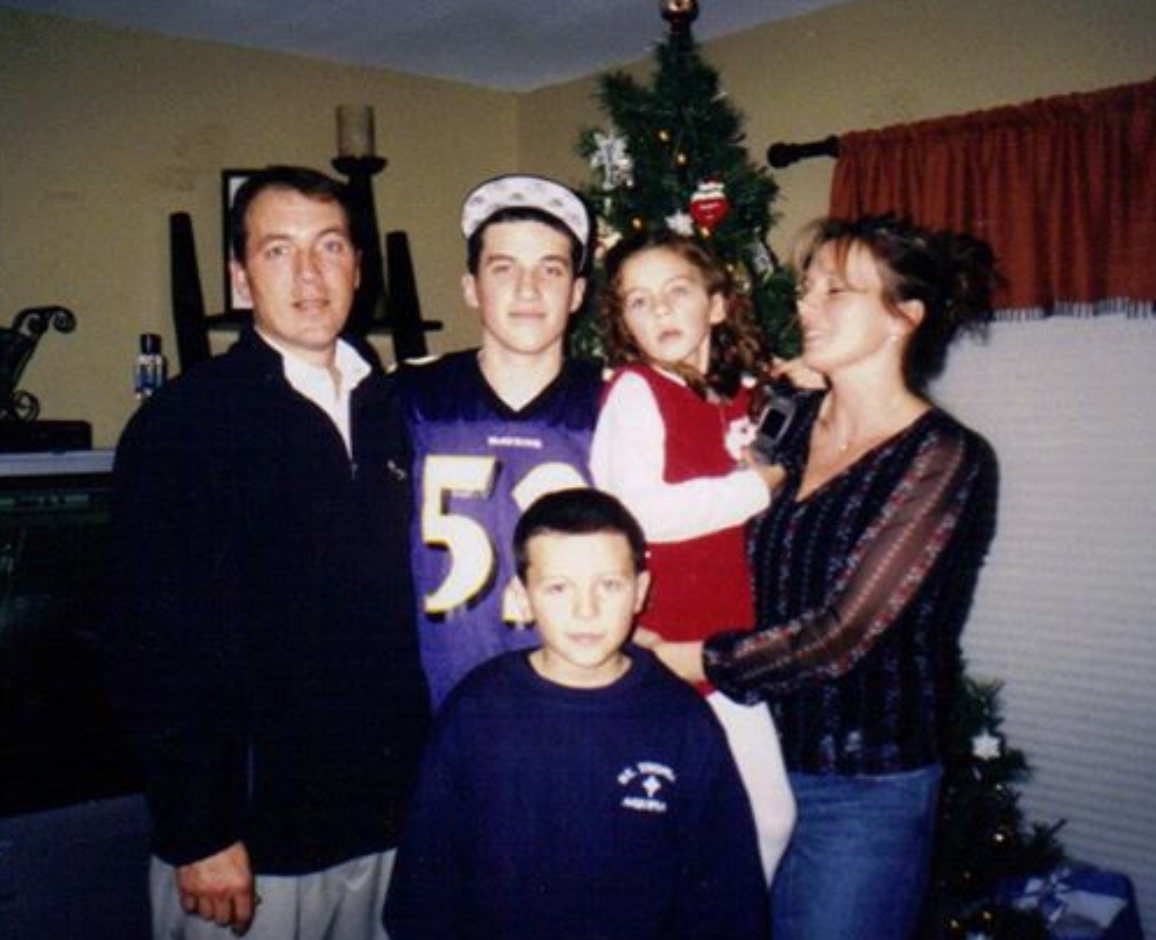 The tradition kept Patrick alive in the collective mind of The Dolan Family. Yet questions always lingered about his death. The closure still hasn’t arrived.

The recent death of Cannon Hinnant on August 9, a 5-year-old boy shot dead by his 25-year-old neighbor, touched Dee’s heartstrings. It delivered sadness, and naturally stirred up emotions about the loss of her own son. Her faith was challenged once again. Yet Dee’s devotion prevailed.

“Ironically, I prayed to Patrick [the night before the news of Cannon’s death] and asked him to please send me a sign, which I haven’t done in quite a while, as I need assurance that [Cannon] was now with my son in heaven.”

Here’s where the story gets better…

During the summer of 2014, Dee sent this message to her son on a shell that she left in the hands of the ocean’s tides on 84th Street:

“Patrick, if I could ride a wave to heaven and bring you back I would. Love, mom”.

In May of 2020, the shell washed ashore on 94th Street and found its way into the hands of 4 year old Charlie Amasia. Charlie became attached to the shell. He slept with it every night and each morning he asked his Mom to read it. In yet another twist of fate, the name of Charlie’s Mom is Shelbi.

On the morning of August 13, 2020, Shelbi Wilhelm sought out to find Patrick’s family by leveraging the power of social media – an idea that proved to be successful. 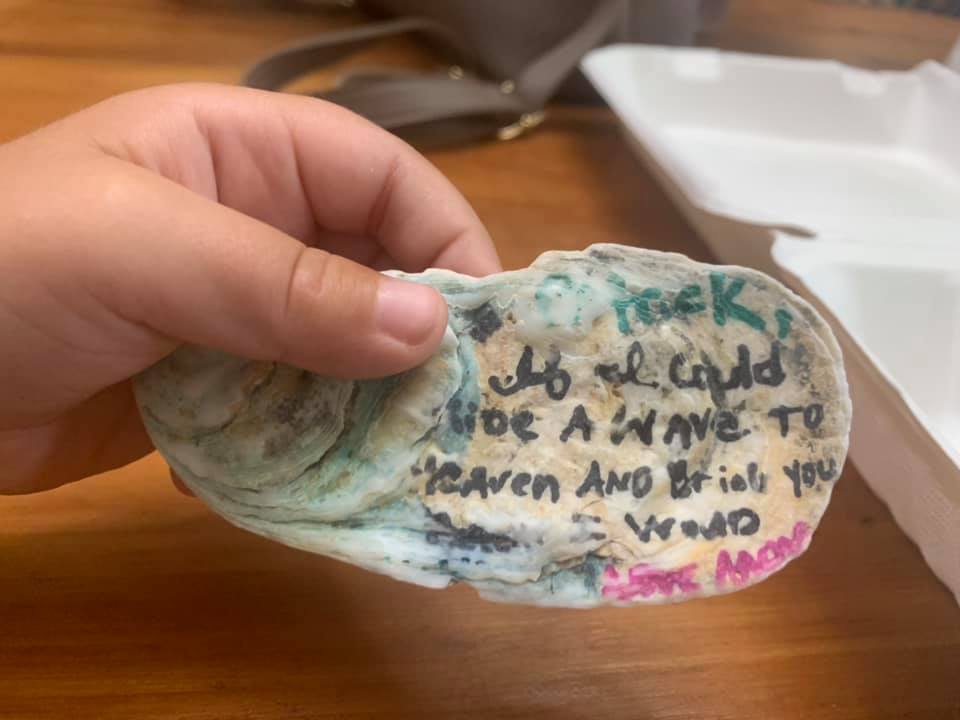 “When I first learned Patrick’s shell was found, I immediately got cold chills”, said Dee. “I actually didn’t know what to think, but felt assured that was a sign from Patrick.

“I found myself questioning my faith and so many things once again, as I did when Patrick was killed in 2010. Yet I didn’t want to lose sight of all we have done in memory of our son. One being our random acts of kindness in memory of Patrick, and hoping it could make a difference, and believing there is still so much good in the world even with the bad that we are seeing.”

If you have a story about Patrick or a thought or picture to share with The Dolan Family, please do so in the comments section below. Let the good vibes roll!