The Chair Beside Him 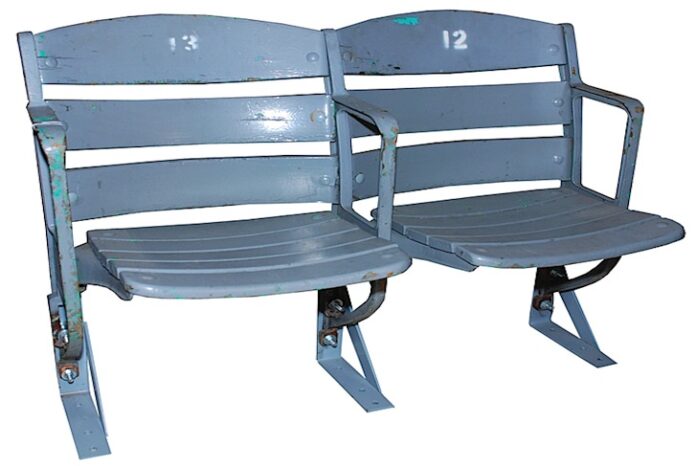 Brought Together by a Football Team

I’ve had the honor of covering the Baltimore Ravens for 17 years. Seventeen years. It has been a great ride and I look forward to what the future has in store. Along the way, I’ve met some terrific people and uncovered not only good football-related stories but also stories that touch the heart. Stories born from the love of sports. Here’s one of them…

Just prior to the arrival of the Ravens, a father and son had a falling out. Perhaps it’s a story similar to that of someone you know. It was essentially a battle of wills when foolish pride gets in the way. The combatants dig in their heels in part out of fear and the humility of being wrong. Suddenly a correctible family problem morphs into a great divide and splits a family for years.

When the son learned of Art Modell’s decision to move to Baltimore, regardless of the differences with his Pop, he knew they shared a common love for football. So as part of an effort to thaw the cold war, the son purchased two PSL’s – one for himself and one for his Dad.

Upon his receipt of two PSL’s and two 1996 season tickets, the son mailed a set to his Dad.

Months went by and not a word was spoken between the father and son. And the day of the team’s inaugural game had arrived.

On the first opening day, the son, alone, made his way to his seat. Beside him was an empty one, the one belonging to his Dad. The son waited, wondered, and hoped that his Dad would arrive. But as the minutes clicked away and there was no sign of Dad, the son grew agitated and prepared for a life-long, unsolvable rift.

As he sat and fretted, cycling through the typical nerve induced body movements often tied to such uncomfortable situations, the son looked up and spotted a familiar face. Filtering through the many fans while navigating the steep stairs of old Memorial Stadium’s upper deck was Dad.

The wait was over and Dad assumed the empty seat.

The cold war was over.

A bond that was broken was restored and a family was healed in part because a football team moved to Baltimore.