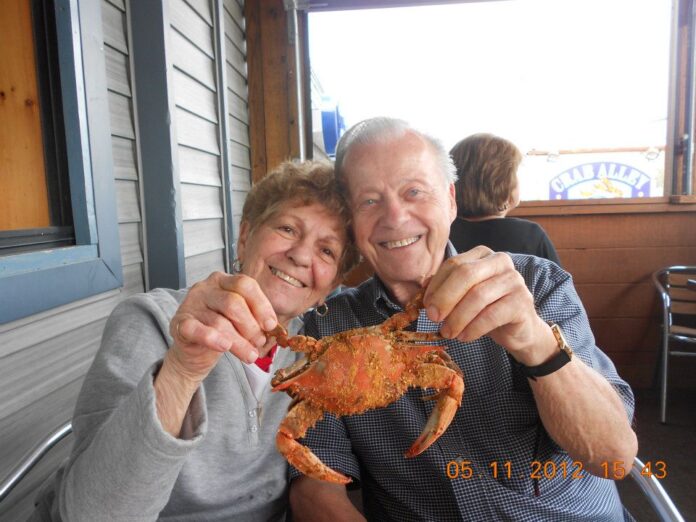 As a kid my Dad would sometimes take me to one of his side job sites on a Saturday. Usually those he took me to had some element of adventure that he knew would capture my attention. He once did the masonry work for an electrician who had a property along the shores of the Bird River and I’d tag along to swim or fish.

Another of those Saturday adventures included a trip to the home of my great aunt and uncle on Bluegrass Road in Rosedale where Dad was building a patio with brick pavers, complemented by a fence of the finest masonry products to accentuate and protect the thing that interested me the most – a built-in swimming pool, a luxury that I wasn’t accustomed to.

Dad worked while I frolicked in my new favorite backyard.

I know who got the better end of that deal.

Aunt Toni and Uncle Carroll were wonderful hosts. My aunt, petite and kind, she always made sure that I had plenty to drink and eat. My earliest remembrances of Uncle Carroll are that of a striking man – one who commanded respect through his presence alone. To me, he represented authority but not in a threatening way. He just felt like a boss. Perhaps that became my lasting impression after I learned that he was the principal of Pimlico High School. 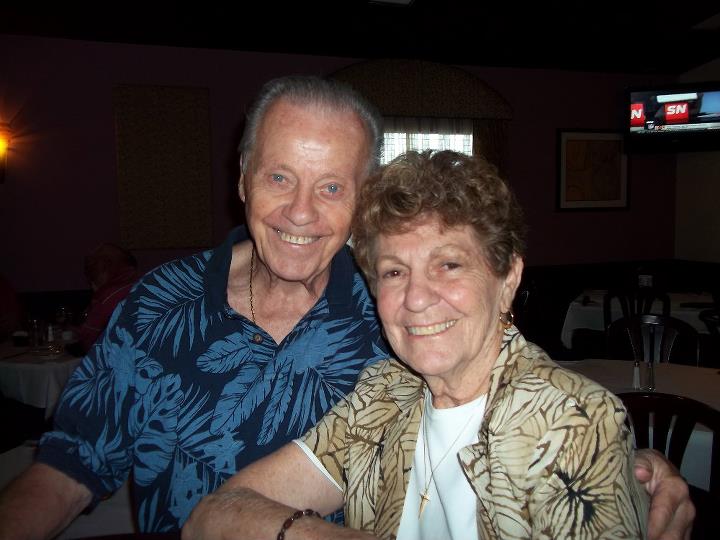 But Uncle Carroll didn’t fit the prototypical image of a principal. As an adolescent and one who might sometimes get in trouble at my elementary school, the now defunct Most Precious Blood, a principal to me was a mean old nun who never smiled and carried around a metal golden ruler which happened to meet up with my misbehaving knuckles on occasion.

Uncle Carroll wasn’t like that at all. He had a cool swagger. He was inviting. He was kind and fair and he offered freedom to do as I pleased provided I followed the rules. I remember that I liked the way he talked. The sound of his voice had a certain vibe and he delivered it with almost a sideways grin.

When my Dad’s work was complete after several Saturday 8-hour days in the heat, our whole family was regularly invited over for a swim and a cookout. I remember those days fondly.

Time passed and as it did I became a teenager and that meant a preoccupation with things other than a poolside afternoon with the family. But we did see Aunt Toni and Uncle Carroll at family functions and as the teenage years gave way to my 20’s, I found myself enjoying their company again but this time as a young adult.

I would listen as Uncle Carroll would tell old stories. He was quite the orator and he never lost that unique tone and cool delivery. I hung on each and every word and even if I had heard the stories a few times before, his style kept me engaged and that’s saying something from someone who’s easily bored.

My parents once had a family gathering during the Holidays and we had this Lhasa Apso named Fozzie that if crossed the wrong way might get aggressive. Somehow Uncle Carroll threatened Fozzie and the dog bit Uncle C’s lip. Dad was furious with the dog but Uncle Carroll, always cool, calm and collected, did his best to diffuse the situation and not dampen the spirit of the party.

Many years before, Aunt Toni and Uncle Carroll moved from Rosedale to Ocean City where they both became heavily involved in the community. Uncle Carroll was a charter member of the Ocean City Elks Lodge, eventually holding distinguished titles such as Past Exalted Ruler, Charity Committee Chairman, State President SE District 3760 and Deputy Grand Exalted Ruler. Uncle Carroll was also very active with the Knights of Columbus Council in Ocean City where he was once Past Grand Knight. He was honored by the town of Ocean City as a distinguished veteran and as a hometown hero with his image draped from a light pole on the town’s iconic boardwalk.

That’s involvement. That’s commitment. That’s a leader and the type of man that other leaders or even those who need to be led, gravitate towards. Maybe, the same qualities that this starry-eyed little boy saw in Uncle Carroll all those years ago by the swimming pool, were also seen by many others whose lives crossed his path. 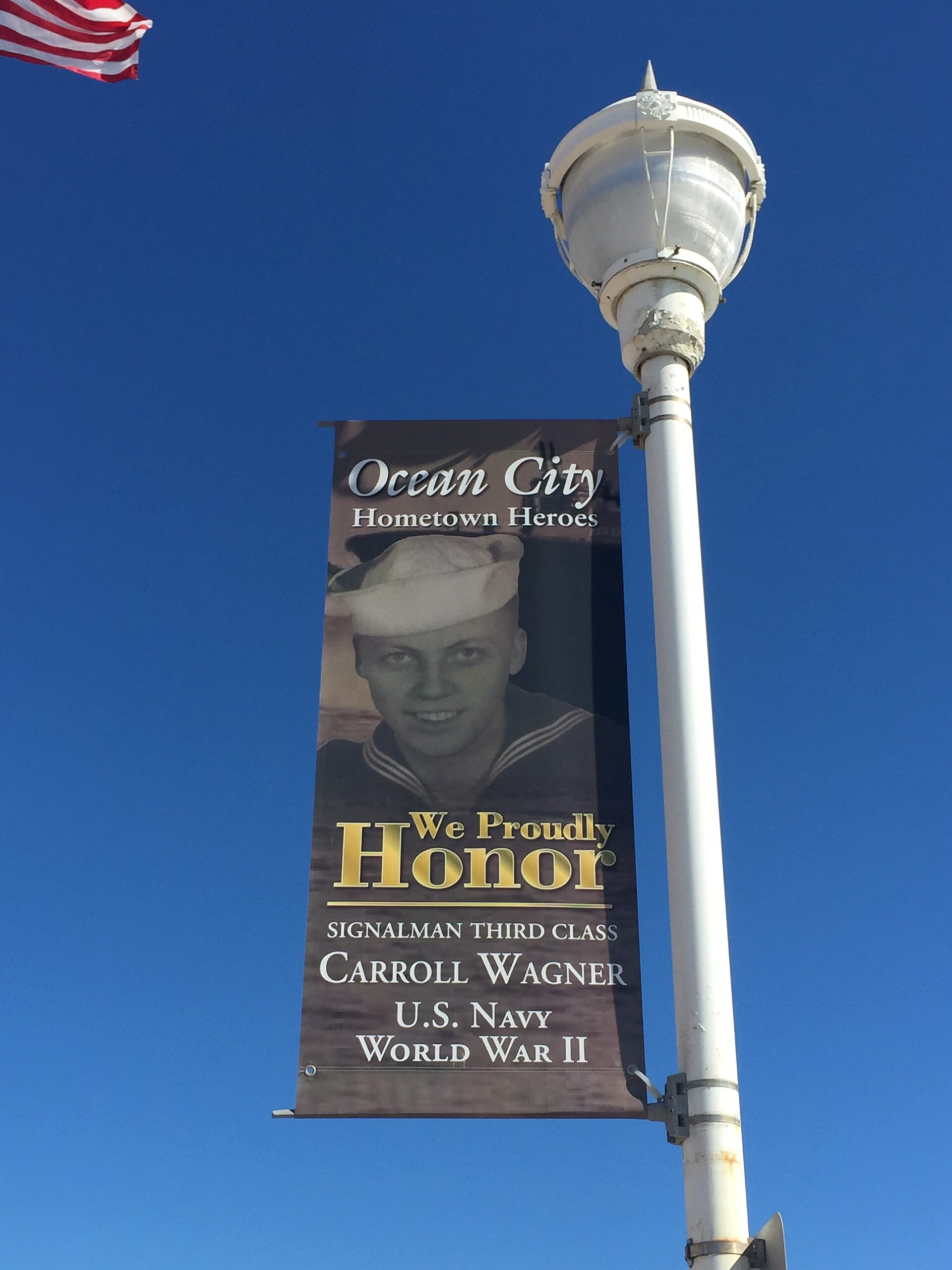 On Sunday, July 17, we lost Uncle Carroll at the age of 95 after a bout with some physical ailments. He lived a great life while making the lives of those he touched so much better.

You know it’s been said many times and in many ways – and now it’s worth repeating, that years from now what kind of car you drove, the kind of house you lived in or the size of your bank account don’t matter. What will matter is that you made the world a better place because you made a difference in the life of a child.

Starting back in those summer days in Rosedale, I know that Uncle Carroll made a difference in this child’s life.

And I’m not alone.

Not by a long shot! 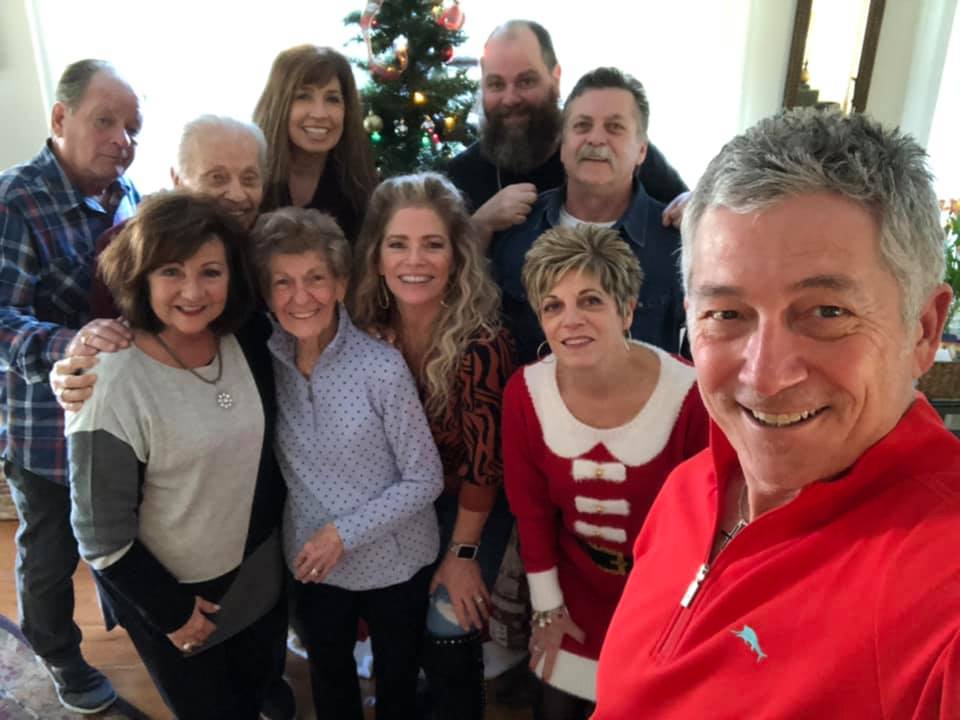